CO₂ Sequestration Can Be Simple: ARTi Team Offset Their Emissions from a Trip to San Diego Triathlon. 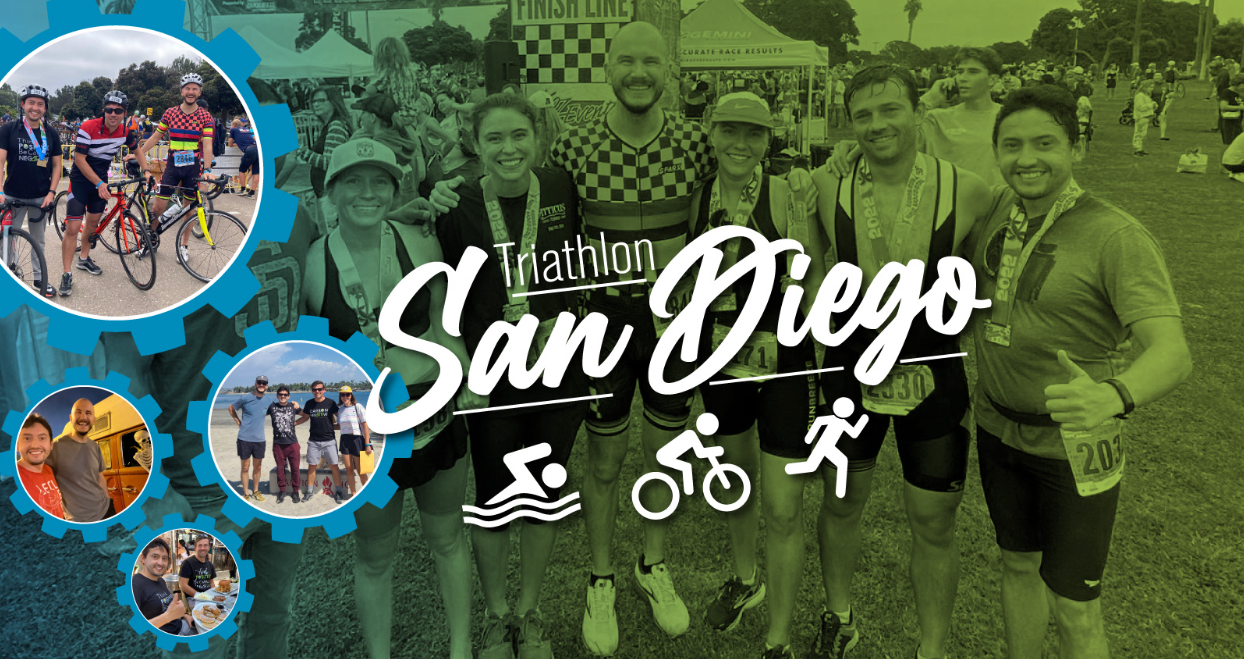 Three of our ARTi members joined a triathlon in San Diego California but winning the race wasn’t the final goal. We decided that we wanted to mitigate our emissions that we will generate during this trip. Doing this was simple as we donated to iTRAp. Through iTRAp we sequestered the CO2 in biochar and in this article, we will explain how this works. At one of the highest rates in the world, the average annual carbon footprint for a person in the United States is 16 tons (Nature Conservancy). Here, we are talking about a three-day trip not a full year, but you can see how much CO2 just a short trip can produce. The CO2 emitted over the course of this one trip comes from the flights, car travel, the electricity used, and food consumed. The entire trip including all ARTi participants resulted in CO2 emissions of 3.3 Tons which also takes into account the CO2 emitted during the production of the biochar. iTRAp will produce enough biochar to sequester the same amount or more of CO2. 1400Kg (3,087 lb) of biochar represents the amount of CO2 that was generated by the trip participants which represents 3.3 Tons of CO2. (1 Ton of ARTi biochar currently sequesters 2.18 Tons of CO2). And even more interesting, offsetting the emissions is not so complicated and expensive. Bernardo del Campo made the trip from Iowa to San Diego while Juan Proano came from Ecuador. ARTi’s Matt Kieffer was in San Diego already. Carbon emissions from plane travel are significant and make up the bulk of the emissions from the trip. But from a trip, emissions from flights aren’t the only ones to factor in. There is also gasoline use on the ground, electricity use and meals.

Just because there are multiple sources of CO2 on a trip doesn’t mean it needs to be complicated to capture.

The ARTi members on this trip, true to their word, put their money in and paid into our iTRAp initiative to produce and then put into use the right amount of biochar to capture the same amount of CO2 generated from the trip. This is a carbon offset. iTRAp is our carbon removal program.

If you want to go further and be carbon negative, you can add $50 more and sequester more carbon by making more biochar than what was needed just to offset. This is what Berni, Matt and Juan did.

Now let’s break it down and show how it was done. The trip was for four days.

So what do these numbers mean?

Ton CO2 -eq means how much equal amount of CO2. As stated before, the largest source of the emissions for the trip were plane flights at about 85%. This is followed by car travel 5%, biochar production 3.5%, meals consumption 1.4%, electricity 0.7% and an added 5% for extra emissions. ARTi CEO Bernardo del Campo contributed just over a Ton of CO2 equivalent from his plane trip to the event. Juan Proano added almost 2 Tons equivalent coming from Ecuador and Matt Kieffer with a smaller contribution of 0.17 Ton of CO2, as he didn’t need to travel.

The carbon offset and carbon sequestration topic can seem complicated but it isn’t. All your activities generate CO2 emissions. But if you want to offset that CO2 then you need to capture the same amount somewhere else.

All the CO2 emitting activities from the ARTi members on the trip were added up and the equal amount of biochar was calculated. Bernardo, Juan and Matt together paid $500 into the iTRAp initiative. Then $500 worth of biochar was produced. The biochar was shipped to our partner Bob Wubben where he added it to his natural compost project.

Producing biochar itself also emits a small amount of CO2 and that has to be accounted for. But it sequesters a lot of CO2, doesn’t break down and stays in the soil for hundreds of years.

Making enough biochar to equal the CO2 emitted from a trip is carbon neutral. To be carbon negative you must take it another step. This means making more biochar than required to trap more CO2 than was emitted during the trip.

To make the trip carbon negative, 4 tons of biochar has been made. Berni, Matt, and Juan paid into iTRAp and the biochar will be donated to farmers for use in their soils. We are in talks with the Natural Prairie Restoration Company and farmer/landscaper Bob Wubben (Link) to receive the biochar. We will be following up on these stories as well.