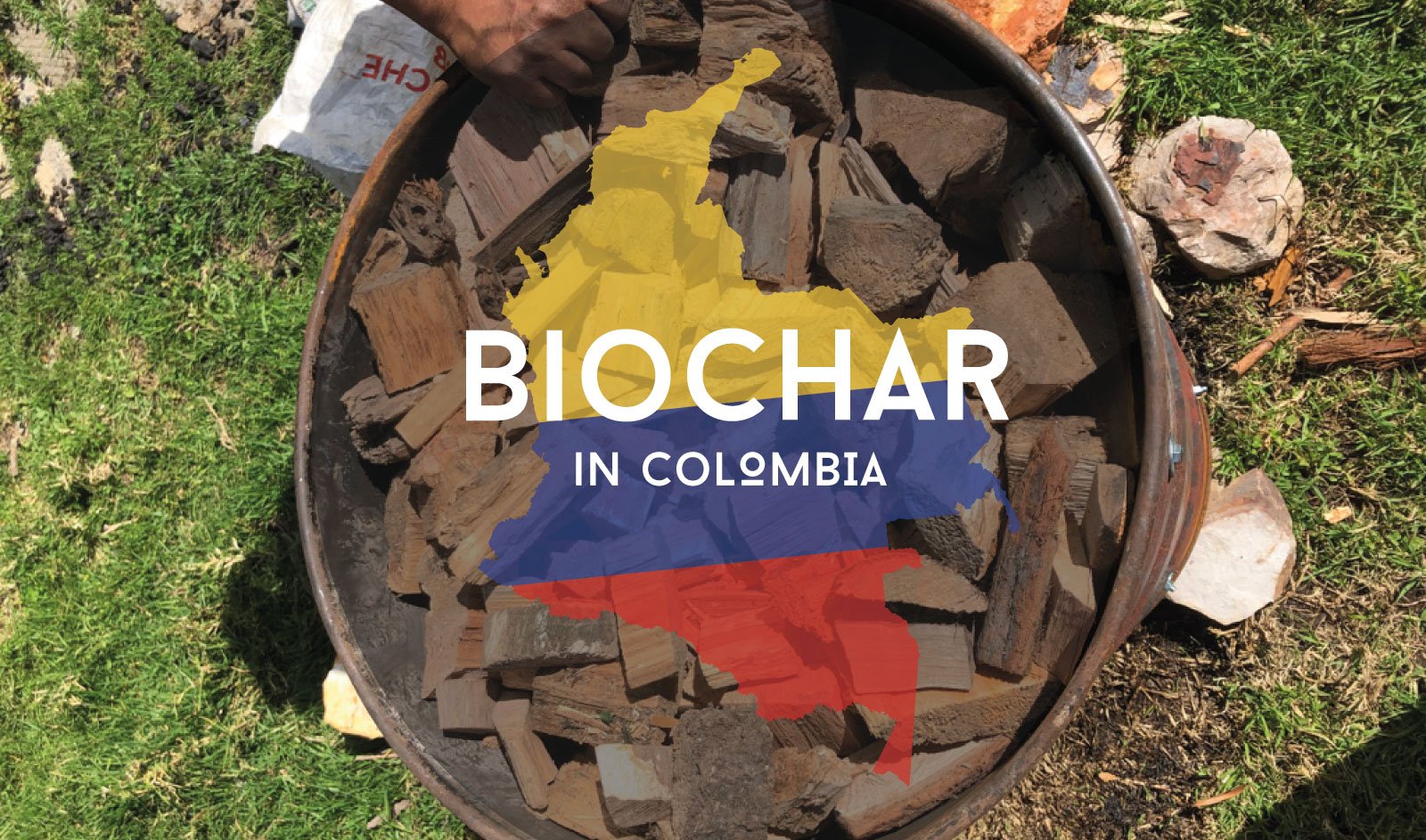 Thirty years ago the father of Enrique Sanz planted trees and in 2021 it was now time to harvest them for their timber. The process of cutting trees for timber generates a great deal of excess wood that can be converted to biochar. Instead of allowing the extra wood to decompose or otherwise go to waste, the wood residues will become biochar with the intention of improving the soils. The improved soil will make for better grass which will be fed to the cows that also live on the farm. For over 20 years, no chemical products have been used on the grass eaten by the livestock and there are no plans to change this. Biochar was chosen as an instrument to increase the quality of the farm’s soil because of its numerous beneficial properties but also because it aligns with the elder Sanz’s vision for the farm. A vision that entails minimal impact on the land and circular resource usage.

Before continuing however, there is some unique additional information about the land involved in this project. The farm was under the control of the guerrilla militia in Colombia for about 10-15 years and the Sanz family was unable to visit the property during this long period. It was impossible to have it operational or productive during this time. This situation affected the productivity of the farm as the soil became compacted and generated a lot of weeds, brush, brushwood, scrub and low-quality grass which took over the most productive portions of the farm. All put together, the chance to renew the farm’s soil was a welcome one. Over 60% of the farm is native forest that is not used by livestock and there is a conscious effort to protect the native woodland.

For all of this to take place two small and simple biochar reactors, or pyrolysis reactors, were built. As the trees have been harvested, at the same time the extra wood has been turned into biochar. The process will take three years. For now the biochar is made on site but in the future there are plans to conduct this process at the storage site where the excess wood is kept. ARTi provided biochar analysis which stated that the biochar being made through this project is of good quality. The reactors have been operating well and hot enough for the biochar product to be optimal. For biochar to be beneficial sooner it must be inoculated. This could include worm castings, garden compost, organic fertilizer, and water. Urine, liquid fertilizers, or animal manure can be added to this. In as little as a week, the resulting mixture can be applied to soil. The project is long-term and the ultimate goal is to offer better grazing for the farm animals thereby increasing the productivity of the farm overall. Additional work currently underway is finding ways to de-compact the soil without affecting its structure.The soil is being aerated by means of a 40 cm deep vertical trench allowing air and water to infiltrate the soil. A high rate of livestock grazing rotation is also part of the effort to lessen impacts. The intention of the Sanz family is to incorporate as much biochar into the land as possible as it has excellent soil benefits without chemicals and makes for better use of locally-sourced biomass residue. The entire project demonstrates the “circular economy” nature of biochar that has only begun to be explored. 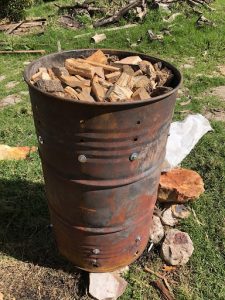 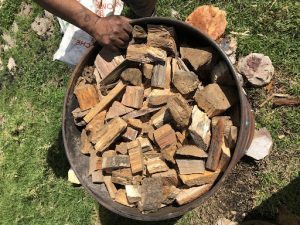 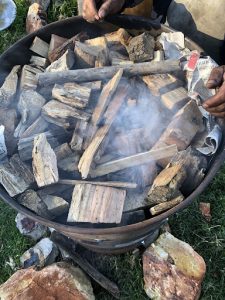 Burn process begins. But it isn’t being burned. We want carbon material with structure, not ash.

The resulting biochar product still looks like wood, but it’s ready for its second, enduring life. 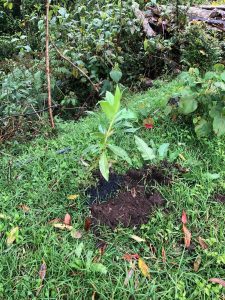 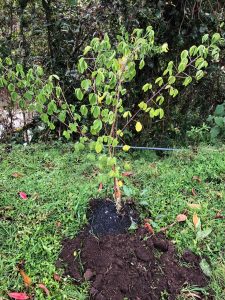 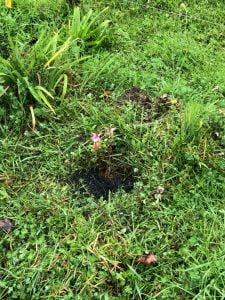